Development of the Temecula / Rancho California community began in 1964 when the Vail Ranch was acquired by the partnership of Kaiser Corporations and Macco Realty Company. In 1965, in order to provide for a continuing and reliable water supply, the developers of Temecula / Rancho California formed the original Rancho California Water District (the "Rancho District") over the easterly 41,000 acres of the community. The Santa Rosa Ranches Water District was organized on January 24, 1968 (the "Santa Rosa District") to serve the westerly 44,800 acres of the community.

In early 1977, the Rancho and Santa Rosa districts were consolidated in accordance with Local Agency Formation Commission resolutions under the name “Rancho California Water District.” Land areas within the District were designated as the Rancho Division for the original Rancho District, and the Santa Rosa Division for the original Santa Rosa District. Under this consolidation, the District acquired power to operate, maintain, and furnish facilities for all water systems within the District, and for the collection and treatment of wastewater over the Santa Rosa Division, currently 50,877 acres. Eastern Municipal Water District remains responsible for wastewater treatment in the Rancho Division, currently 48,863 acres. 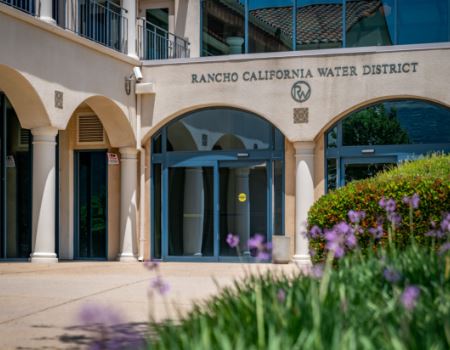